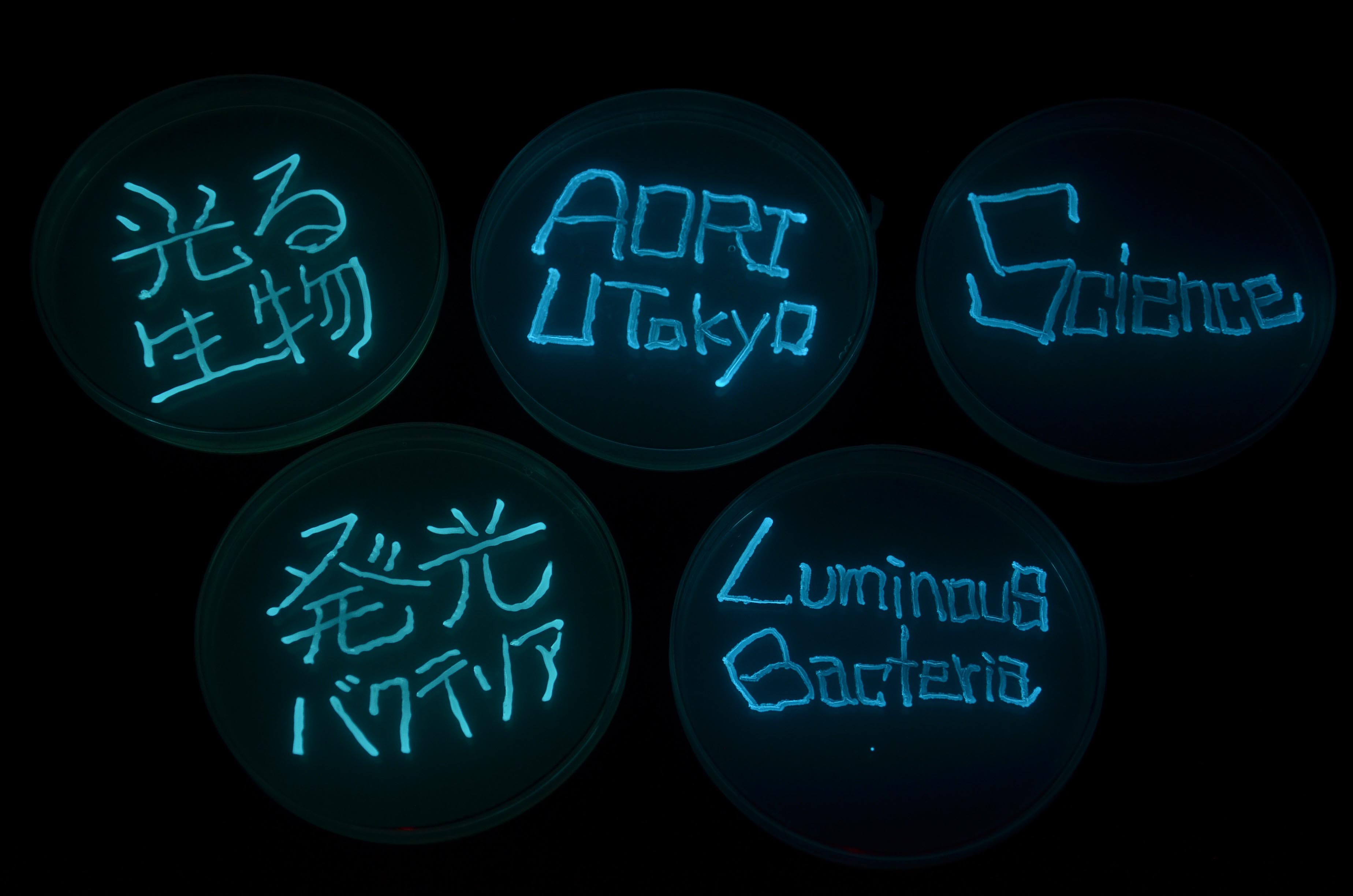 Bioluminescence is the production and emission of light by organisms. Bioluminescent organisms are commonly found at all depths of the ocean including the deep sea. There are reportedly more bioluminescent organisms in the ocean compared to those on land. Generally, light color emitted by marine creatures is recognized as blue-green in human eyes, and it is not thought that there are such variations. However, because the color of light is a main factor that determines the limit of light penetration in seawater, even small differences in light emission? Wavelengths? are considered important.

We are interested in the “color of light” emitted by bioluminescent bacteria and are conducting research on their light utilization ecology and their evolution from luciferase gene sequences and their genomes.